It never ceases to amaze me how kind and generous writers are. Even though they’re extremely busy people they still find time to share their knowledge and experience with other writers on blogs like this one.  When I asked Theresa Breslin, who has a plethora of awards to her name including the Carnegie medal, if she would like to contribute she was gracious enough to agree.

Here’s what she has to say about starting stories…. 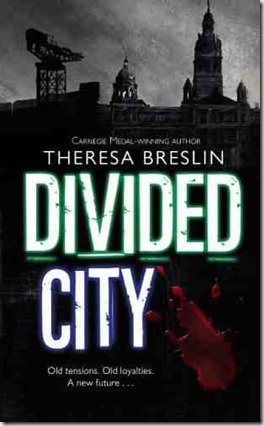 These are the opening lines of Divided City – a book about two football fans from rival teams who witness an attack on asylum seeker and are drawn together by their efforts to help him. I wanted to show the many differences between the two main characters: their allegiance to rival football teams, their home circumstances, their beliefs, their traditions, the fact that they live in distinctly different areas of the city etc. Also I felt that I needed to do that as early on in the story as possible. I decided to give them an opening chapter each. In the first two chapters of the book the two lads are walking home separately and I must let the reader know where they are physically, what they see, what they are thinking, and what is happening around them.

That’s Chapter 1 and Chapter 2. All right?

Then… in Chapter 3, there would be the incident where one of them witnesses a violent attack on a defenceless asylum seeker. OK?

The above was the basis of the first draft of the book. However, speaking to a very insightful editor, the discussion centred on “Danger before Description”. Although I have a large adult following for my YA books and in some countries they are published on adult lists, I’m aware that my teenage readers lead hugely busy lives involving studies, surf, scooters, skateboards, and social networking (plus many more activities beginning with other letters of the alphabet.) Therefore their reading material should have instant appeal.

But it wasn’t just a straight Cut ‘n Paste job of moving Chapter 3 to become Chapter 1. It was more to do with creating attention-grabbing opening lines.

Graham didn’t hear them at first

Adding the third sentence means that within 8 words we’ve got the character on the page and into the reader’s head. We know he is male. We know his name. We’re fairly sure he’s about to get caught up in some kind of trouble. We might infer that he doesn’t want to be involved. But we know it’s going to happen – and he doesn’t. Not yet. But he will within an instant. And we’ll be with him when it does. Hopefully the reader has assimilated most of that in seconds, without me beating them over the head and / or boring them by writing it out almost in the style of a list of the things I want them to know.

Divided City is an enormously popular book, read worldwide by adults and young people, now published as a play with sell-out musical theatre performances. I receive a constant stream of emails, posts on my Facebook author page and Tweets from young people and adults giving me feedback about the book. Parents, librarians, teachers, learning support staff and those working with young offenders inform me that often it’s the first book, sometimes the only book a challenged reader (often a boy) has read and enjoyed. Yet the language is not simple and the story is not short. It may be the style. Or the subject matter. I’m not sure. Read it and decide for yourself.

Stories are infinitely varied and each requires unique treatment. 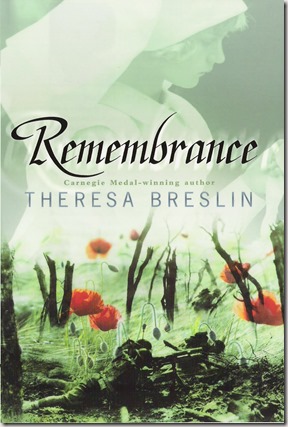 Remembrance begins with dialogue, an exchange between a teenage girl, Charlotte, who is determined to become a Red Cross nurse, and her mother, who declares her daughter to be not quite respectable. The book is a story of youth in World War 1 and the action takes place in Britain, Belgium and France. I still remember from my own childhood books that began with dialogue, e.g. Tom Sawyer, Little Women.

Crafting creative writing is hard work – well, I find it hard to do. I don’t have any special tricks or methods or devices or secrets to help me do it. I play with the words and say them aloud and walk about the room, (occasionally) declaiming in front of a mirror, get someone else to read the text silently and aloud and act out the scene… although, with that last exercise, perhaps not enacting the Prologue in Prisoner of the Inquisition which starts off with a rather unpleasant burning at the stake – you have been warned! 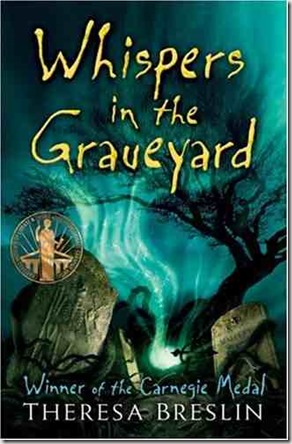 For Whispers in the Graveyard – the book about the dyslexic boy which won the Carnegie Medal – I wrote the whole book, then read and re-read it several times before I knew how to begin the story.

Books which are especially suitable for less fluent readers and those with learning differences are extremely important. I write for Barrington Stoke, publishers of dyslexic-friendly books which are widely used as EAL readers. 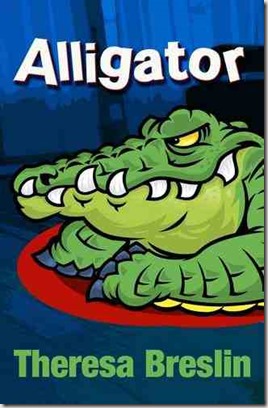 Not surprisingly, this book is entitled Alligator and is about Jono who ends up buying an alligator at a car boot sale. Jono knows his mum will kill him… unless the alligator gets there first! 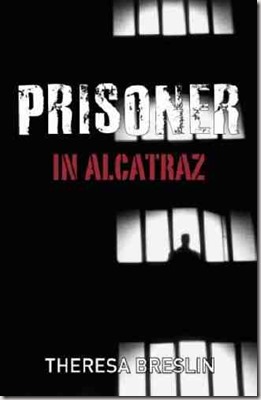 To open Prisoner in Alcatraz, another, longer, Barrington Stoke book, I used one of the actual regulations which were in force in Alcatraz Prison. Regulation 5 sets place and atmosphere in a very definite manner and is a prep up for my character to appear.

It is your right to have:

Anything else you get is a privilege.

Sometimes working on a story seems like chipping at rock – solid granite, unyielding, uncompromising. I aim for a more Jackson Pollok mindset and chuck the words around – splashing about among the sounds and shapes and colours.

Jump in and enjoy the experience!

THERESA BRESLIN is a popular multi-award winning author, critically-acclaimed for over 30 books covering a variety of themes with appeal to all ages. Renowned for her masterful storytelling, her work is read extensively in schools, translated into many languages and has appeared on television, radio & stage.

She won the Carnegie Medal, the UK’s most prestigious award for Children’s Literature, for Whispers in the Graveyard , her compelling story of a dyslexic boy. The Medici Seal features the life of Leonardo da Vinci and Divided City, about friendship across the divide of football rivalry, was shortlisted for ten book awards, winning two outright, and the musical theatre adaptation plays to full houses. Spy for the Queen of Scots is her latest book.

3 thoughts on “How To Get Your Story Started: Theresa Breslin Shares Her Expertise”